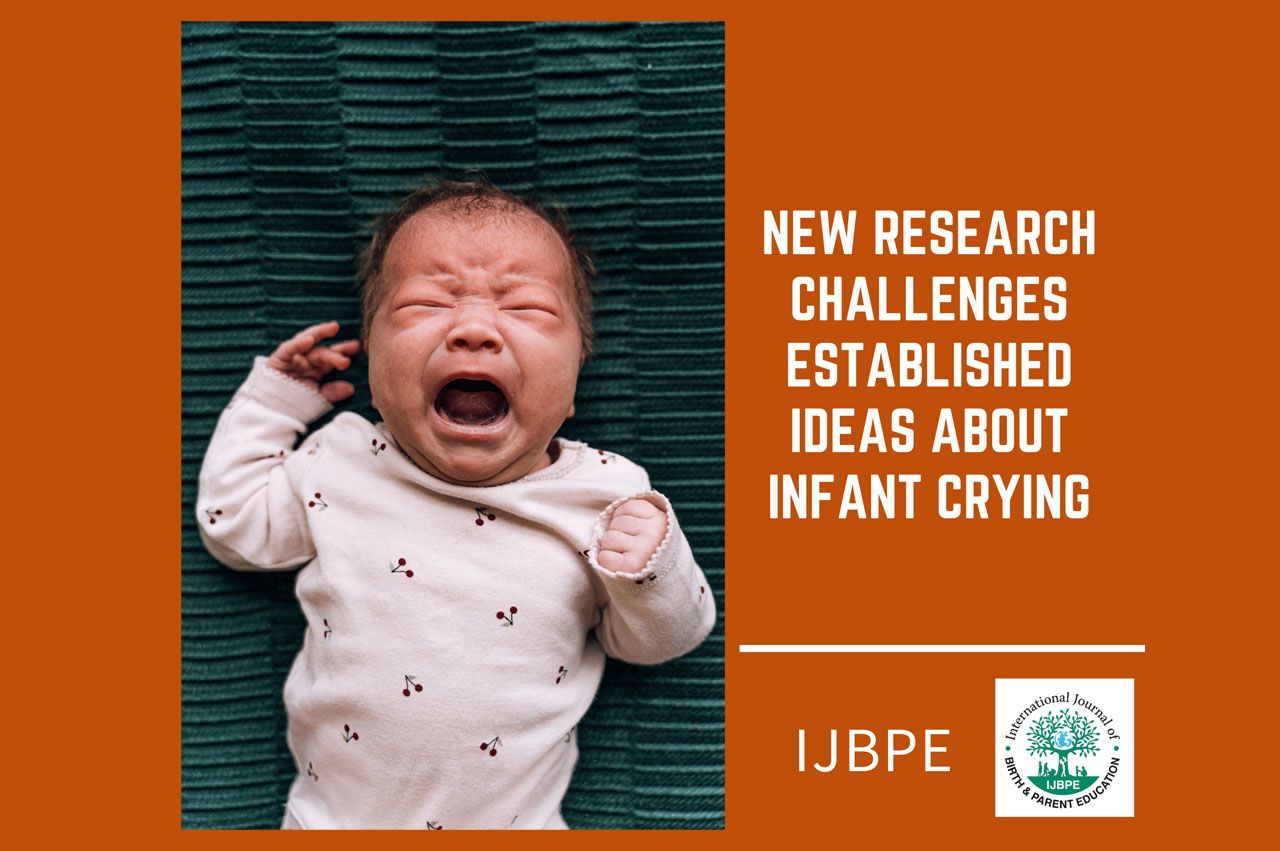 Research project at Aarhus University provides a new understanding of what can be defined as normal and excessive crying among infants.

A research project from Aarhus University shows that the intensity and duration of infant crying doesn't peak after five weeks which contradicts the "cry curve" that has been widely used for many years.

An old study established the “cry curve’ which  concluded that infant crying normally peaks at around the age of six weeks, after which it decreases markedly and stabilises at a low level after three months.

Parents might therefore expect their infants to cry radically less after the initial peak. However, a new study from Denmark, challenges this “cry curve” pattern, by pooling data from parents in 17 different countries.

"We've created two mathematical models that reasonably represent the available data. Neither of them show that the duration of crying falls so markedly after five weeks, which is what is otherwise seen in the graphs that are presented to parents. The available data shows that crying is still a significant part of many infants’ repertoire after six months," says Christine Parsons, who is an associate professor at the Department of Clinical Medicine at Aarhus University.

The researchers behind the study have compiled data from 57 research articles from all over the world, in which parents have registered how much their infants cry every day. The normal pattern of crying, the “cry curve” which parents are presently often referred to, is based on an American study from 1962, which only focuses on the first twelve weeks of a child's life.

"It's a graph that new parents are often presented with. If you google ‘infant crying’ you’ll see lots of images of this particular graph. Therefore, we thought it would be interesting to model all the available data to see what type of pattern best represents the data, and test if this is consistent with the original ‘cry curve’," says Arnault-Quentin Vermillet, the first author of the article.

Crying is one of the first forms of communication used by infants to get their parents’ attention. The infant's cognitive and emotional development is stimulated when parents react to the child's signals appropriately. New parents often seek help from the healthcare system if they are worried that their child is crying too much. According to Christine Parsons, it is therefore important that both healthcare professionals and parents have a correct and precise understanding of normal patterns of crying for infants.

"For clinicians in particular, it’s important because their job is to help, support and reconcile the expectations of any worried parents. It’s important that clinicians have up-to-date data on what is normal for infant crying, so that they can best support new parents. When parents consider their child to cry excessively, this can be associated with negative consequences for both parent and child," she explains.

A widely-used definition for excessive crying, or colic, is when a baby cries for more than 3 hours per day, more than 3 days over a week. In the first 6 weeks after birth, colic has been estimated as affecting between 17 and 25% of infants.

The researchers at Aarhus University have drawn up two new models for the infant cry pattern. One of them shows infant crying peaks after four weeks. The other shows that infants cry a lot and at a stable level during the first weeks,  after which the level falls. However, neither model indicates a steep decline, as otherwise appears to be the case from the “original cry pattern”.

According to Christine Parsons, another noteworthy finding in the study is how different crying patterns are among babies– both within and across national borders. As an example, she mentions that the limited available data indicates children from non-Western countries such as India, Mexico and South Korea, cry less than children from English-speaking countries such as the United States, Great Britain and Canada.