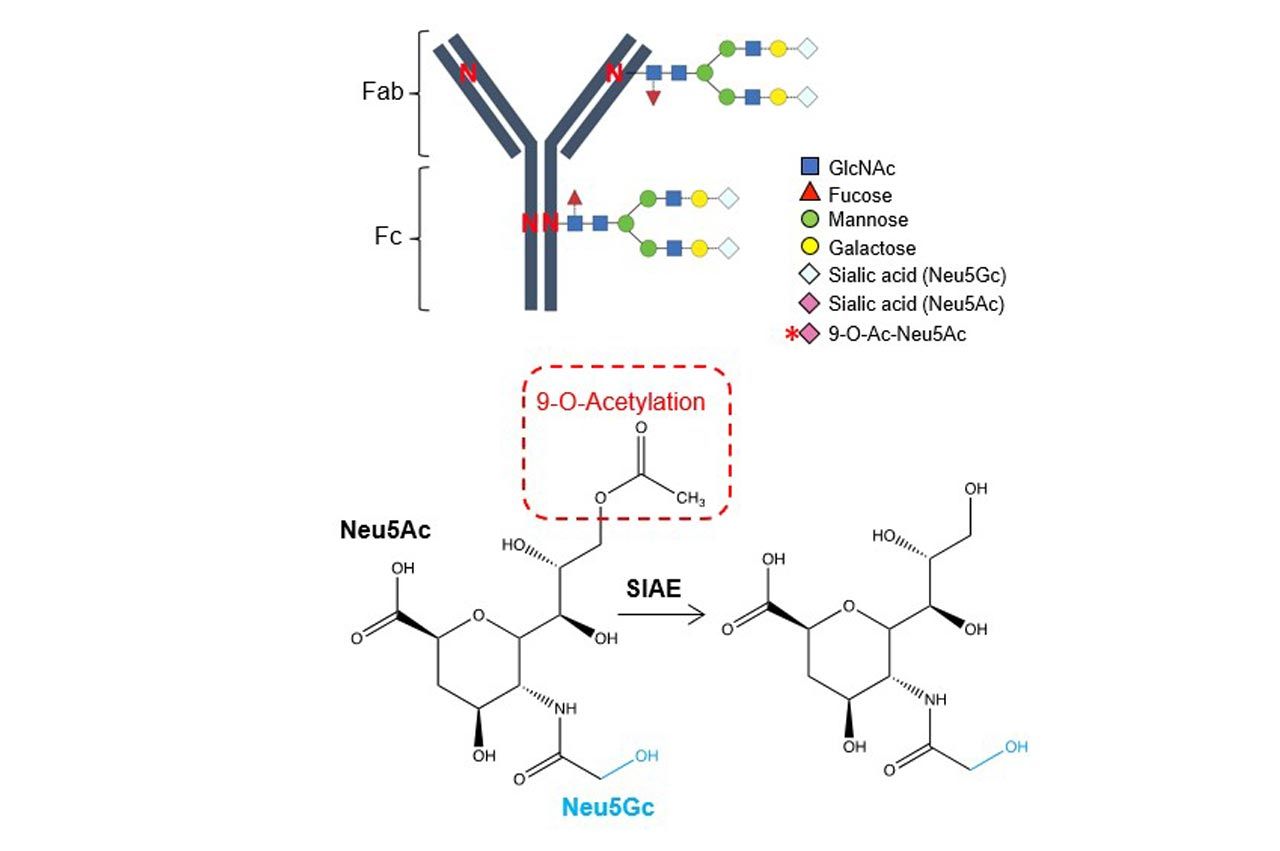 Scientists discovered years ago that newborn infants depend upon immune components transferred from their mothers to survive the onslaught of pathogens that begin invading their bodies as soon as they are born.

Eventually, children develop their own immune systems, built through surviving natural exposures to viruses and bacteria, and augmented by a phalanx of well-established childhood vaccines. But in the meantime, it’s one of a mother’s most important gifts that keeps their babies safe: antibodies.

Now, a far-reaching study published June 8, 2022, in Nature, provides a surprising explanation of how those early days of mother-provided immunity actually work–and what that information could mean for preventing death and disability from a wide range of infectious diseases. The findings suggest that researchers may be able to mimic the amped-up antibodies that expecting mothers produce to create new drugs to treat diseases as well as improved vaccines to prevent them.
“For many years, scientists believed that antibodies cannot get inside cells. They don’t have the necessary machinery. And so, infections caused by pathogens that live exclusively inside cells were thought to be invisible to antibody-based therapies,” says Sing Sing Way, MD, PhD, Division of Infectious Diseases at Cincinnati Children’s. “Our findings show that pregnancy changes the structure of certain sugars attached to the antibodies, which allows them to protect babies from infection by a much wider range of pathogens.”

“The maternal-infant dyad is so special. It’s the intimate connection between a mother and her baby,” says John Erickson, MD, PhD, Division of Neonatology, and first-author of the study.
Both Way and Erickson are part of Cincinnati Children’s Center for Inflammation and Tolerance and the Perinatal Institute, which strives to improve outcomes for all pregnant women and their newborns.
Erickson continues, “This special connection starts when babies are in the womb and continues after birth. I love seeing the closeness between mothers and their babies in our newborn care units. This discovery paves the way for pioneering new therapies that can specifically target infections in pregnant mothers and newborns babies. I believe these findings also will have far-reaching implications for antibody-based therapies in other fields.”

STUDY ADDRESSES A ‘SILENT EPIDEMIC’
While COVID-19 has reminded the world of the scale of a pandemic, infections from various pathogens combine to kill 2 to 3 million infants and mothers a year worldwide, Way says.
This study explored, in mice, the interactions between antibodies and Listeria monocytogenes, a common bacteria that replicates primarily within cells. Pregnant women are 10 times more likely than women in general to become infected by Listeria. Severe infections can lead to miscarriages, stillbirths, preterm labor, and serious illness or death in newborns.

For years, scientists believed the bacteria was unreachable by antibodies. But the Cincinnati Children’s team showed that during pregnancy, Listeriacan be targeted by antibodies.
Way says the scientific world tends to focus on non-pregnant states during pre-clinical studies, and generally avoids conducting clinical drug research involving pregnant women. This can mean that biological changes that affect the immune system during pregnancy also can be overlooked.
“If we had not approached this with the goal of understanding the maternal-fetal dyad, we would not have found this unique naturally-occurring shift in antibody structure,” Way says.

This schematic illustrates fetal acquisition of maternal antibodies. New research shows antibodies undergo protective conversion during pregnancy through deacetylation of sialic acid residues, which unmasks natural ligands for immune regulatory receptors, expanding the ways which antibodies protect against infection. These results will help scientists produce more powerful antibodies to treat a variety of conditions, according to a study from experts at Cincinnati Children’s published June 8, 2022, in Nature. This very subtle molecular change allows immunoglobulin G (IgG)–the body’s most common type of antibody—to take on an expanded protective role by stimulating immunity through receptors that respond specifically to deacetylated sugars.
“This change is the light switch that allows maternal antibodies to protect babies against infection inside cells,” Way says.
“Mothers always seem to know best,” Erickson adds.
The findings impressed Louis Muglia, MD, PhD, former director of Human Genetics at Cincinnati Children’s, now president and CEO of the Burroughs Wellcome Fund, which provided support for this study.
“The Burroughs Wellcome Fund prioritizes research funding in reproductive sciences that has the potential to transform our understanding of pregnancy health. Drs. Way and Erickson reveal novel immunological changes that occur during pregnancy that optimizes antimicrobial host defense during these developmental windows of vulnerability,” Muglia says.

REVVED-UP ANTIBODIES CAN BE PRODUCED IN THE LAB
Using advanced mass spectrometry techniques and other methods, the research team pinned down the key biochemical differences between antibodies in virgin mice compared to pregnant ones. They also identified the enzyme naturally expressed during pregnancy responsible for driving this transformation.
Further, the team successfully restored lost immune protection by supplying lab-grown supplies of the antibodies from healthy pregnant mice to pups born to mothers that were gene-edited to lack the ability to remove acetylation from antibodies to enhance protection.
Hundreds of monoclonal antibodies have been produced as potential treatments for various disorders including cancer, asthma, multiple sclerosis, as well as hard-to-shake viral and bacterial infections—including new treatments rapidly developed for COVID-19. Some are already FDA approved, many more are in clinical trials, and some have failed to show strong results.
Way says the molecular alteration of antibodies that naturally occurs during pregnancy can be replicated to change how antibodies stimulate the immune system to fine-tune their effects. This potentially could lead to improved treatments for infections caused by other intracellular pathogens including HIV, herpes, and respiratory syncytial virus (RSV), a common virus that poses serious risks to infants.

ANOTHER REASON TO ACCELERATE VACCINE DEVELOPMENT
It may take 20 years of further research to follow the multiple trails opened by this discovery, Erickson says. But some potential impacts could be realized much sooner.
“We’ve known for years the many far-reaching benefits of breastfeeding,” Erickson says. “One major factor is the transfer of antibodies in breastmilk.”
The study shows that the molecular switch persists in nursing mothers so that antibodies with enhanced protective scope are also transferred to babies through breastmilk.

Additionally, Way says the findings underscore the importance of receiving all available vaccines for women of reproductive age—as well as the need for researchers to develop even more vaccines against infections that which are especially prominent in women during pregnancy or in newborn babies.
“The immunity needs to exist within the mother for it to be transferred to her child,” Way says. “Without natural exposures or immunity primed by vaccination, when that light switch flips during pregnancy, there’s no electricity behind it.”